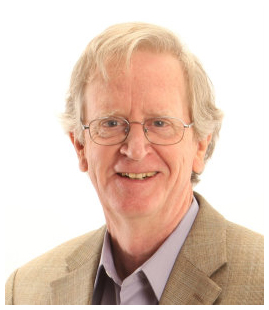 Neal Sarahan has participated as a builder of healthy learning communities – for his entire life!  With nine siblings, he was innately oriented to adapt, and learn to connect. Two sisters had severe neurological and physical difficulties, and the whole family learned, taught and lived belonging,inclusion and connecting. In college, Neal attained a BA in Urban Government at Georgetown University and then served as an urban lobbyist  at the US Conference of Mayors.  When the Federal Energy Agency was created, Neal was its first City Liaison in its Office of Intergovernmental Relations.  While respecting the intricacies of public policy, Neal ultimately learned that top-down community building was not the path of his destiny.

After burning up with “Washington fever”, Neal rekindled his passion for developmental psychology and inclusive progressive education. He has an MA in Early Childhood at Antioch University and a PhD in Applied Developmental Psychology at Union Institute. While working on the craft,  art and science of education for nearly 40 years, he has sponsored and overseen startup of residential communities for individuals with developmental disabilities, been program director for a developmental adventure playground, served as program director for a school for individuals with neurological differences, launched school based businesses, and initiated and operated a series of transitional living programs.  He is co-creator of developmental methodologies for moving individuals along a developmental growth path. These methodologies are now used internationally to train teachers, orient curriculum, and empower learners, especially those typically excluded from effective and meaningful contribution.

Neal was the Executive Director of the Monarch Institute for Neurological Differences, and its first Director of Culture.  He is Board Secretary of National Alliance for Mental Illness (NAMI) Greater Houston, and board member of the Isensee Foundation for Safe Police Response. He and his wife are organizers and members of the Houston Heifer International Volunteers. He is an active Cosanti Foundation alumnus. He is a past faculty member at Antioch University, and a current member of the TAOS Associates. He has been a contributor to Reclaiming Youth and ADDitude journals, and is a frequent presenter on issues of neurological differences, executive functions and relationship development.

Common to these many associations is Neal’s yearning, commitment, passion and talent for building and nurturing communities. Neal pursues this work creating new possibilities through his partnership with Dr. Tara Devine in a collaborative consultant organization called Integral Flow, LLC. Integral Flow gives a nod to the developmentalists Ken Wilber and Mihaly Csikszentmihalyi, and builds its work within the theories of social construction.

Neal is an integral part of his family–his wife, two sons, daughter and a granddaughter, as well as wonderful connections through his brothers and sisters, colleagues, friends and partner – learners.